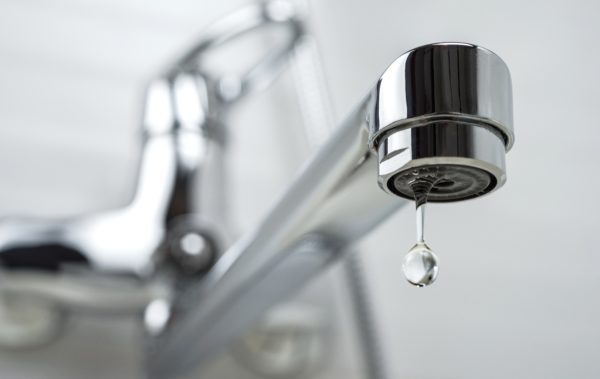 The phrase “water is life” will always hold true. Our bodies rely on clean drinking water, and we also need water for the majority of our cooking and cleaning. No one can dispute these most basic facts; and tragically, certain parts of the country still don’t have reliable access to running tap water. Check the statistics, and you’ll quickly realize that Indigenous Americans are especially vulnerable to living in water-scarce conditions. Finally addressing these dire problems will require some serious changes.

Approximately one of every 10 Indigenous Americans doesn’t have access to safe tap water. This raises multiple health concerns, as well as economic risks. If people are living in poverty, that suffering doesn’t happen in isolation. A thriving community also helps drive growth in the surrounding areas. Every part of the country should be set up for success on the most basic level. That’s why focusing on clean water and functional plumbing is crucial.

When you need to haul water daily from outside sources, that time and effort has incredible costs. It’s a lot easier to turn to sugary drinks to stay hydrated because they’re cheaper and more readily available. As a result, we’re not only dealing with water infrastructure and water quality issues, but a diabetes crisis too.

In the Navajo Nation, which is home to the largest tribe in the US, nearly 40 percent of families have been living without running water. On top of that, nearly 30 percent of the homes are without electricity.

These conditions were especially dangerous during the initial spread of the coronavirus. Being able to wash our hands in clean water has been a key part of curbing the outbreak. For many tribal communities, though, this wasn’t possible. The lack of running water has undoubtedly played a role in how COVID-19 has disproportionately impacted Indigenous Americans. At times, the death rate was even twice that of white Americans.

Why Does Plumbing Poverty Still Happen?

We might look at the increase in droughts and climate change to quickly explain plumbing poverty. But there’s so much more going on. The flaws in our water infrastructure are often tied to specific zip codes, and many issues are also the direct result of poor legislation.

The taxes on reservation lands don’t work the same way as property taxes for towns and cities. Instead, the federal government holds that money in a trust. Then the Bureau of Indian Affairs is responsible for delivering those funds to the tribes for local government services and/or to provide the services directly. It’s not a smooth or easy process.

Jonathan Nez is the president of the Navajo Nation, and he explains that we shouldn’t expect an increase in budget alone to meet the population’s needs. He says that a new investment “won’t make nearly enough difference unless it’s matched with an overhaul of the Bureau of Indian Affairs.”

Crumbling roads and aging water lines aren’t easy to fix. Even with the financial resources, these projects take time. But for tribes, just getting the ball rolling has basically been  impossible. In a recent op-ed article, Nez put it like this: “In other words, throughout much of the Navajo Nation, our infrastructure looks like it’s 1921—not 2021.”

This isn’t by design. It’s because of a failed deal. The government’s treaty obligations to the Navajo and other tribes included a promises for a livable and permanent homeland, with homes conducive to health and prosperity. The lack of a modern water infrastructure is an obvious breach of contract. It’s long past time for Tribal Nations to receive what they’re owed.

Many activists are hopeful that new legislation and a better process for managing funds will help correct the barriers that have kept clean, running water out of reach for so many Indigenous Americans. Until that day comes, other organizations, such as the US Water Alliance, have stepped up to the plate. Another promising alternative is the Navajo Water Project, which helps to bring hot and cold running water to homes—and creates jobs along the way.

There’s also the American Jobs Plan and a new budget agreement on the table for Congress. We’re certainly hoping that change happens sooner than later. Everyone has the right to live with clean water. We need safe drinking water to stay healthy and keep our children away from harmful water contaminants. It’s also critical to have running water for sanitation and to prevent the spread of disease. Staying informed can help us make the best decisions going forward for basic human rights.